highlights in this page 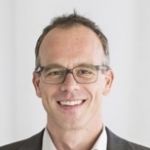 Dr. Christian Hagendorf is head of the research group “Diagnostics and Metrology” at Fraunhofer Center for Silicon Photovoltaics CSP, Germany. He obtained his PhD at Martin-Luther-University Halle-Wittenberg, Germany in the field of surface and interface analysis of semiconductor materials. Joining Fraunhofer CSP in 2007 and established a research group focussed on defect diagnostics and metrology in crystalline and thin film photovoltaics.

How to reach us